The 31st International Conference of Pharmacoepidemiology in Boston in August provided an opportunity for five of the seven graduate students in pharmaceutical outcomes and policy who were awarded the DuBow Family Graduate Student Education fellowship to reunite.

The fellowship, made possible by a one million dollar endowment by Laurie DuBow and is aimed at supporting an outstanding graduate student who devotes his study to pharmaceutical outcomes research in pediatric populations.

Pictured from left to right: 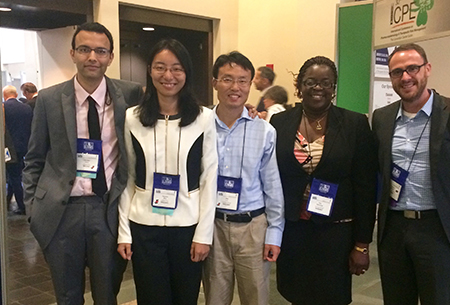 The other fellows who were not able to join the photo include: